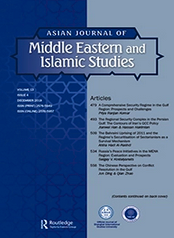 Constitutionalism has more than a century of history in the Muslim world. More recently, Iran and Iraq, two countries with populations comprised of Shi’a majorities with a strong presence in the layout of political power, appear to have embarked on divergent routes with regard to the formal blueprints of public authority. Yet as this research demonstrates, due to an absence of robust institutional arrangements and lack of efficient mechanisms of revision and entrenchment, comparable outcomes can be observed in the form of political systems that have consistently failed to uphold various elements of popular sovereignty, which the constitutions themselves claim to be endorsing. This study aims at providing a closer examination of important elements of popular constitutional sovereignty by examining key normative, institutional and procedural settings in both contexts to evaluate critically the constitutional arrangements in two prominent republican settings in the Muslim world. The author will argue that in both cases certain highlighted fundamental shortfalls could lead one to regard both texts as “sham constitutions”. This study draws upon theoretical principles of comparative constitutional analysis.Keywords: Constitutional sovereignty, Iran, Iraq, Islamic Constitutionalism, middle east politics, Shia’a politics