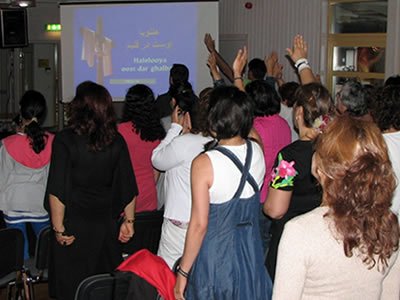 A new social trend in the Islamic Republic of Iran seems to target not only state-sponsored religious norms of rectitude and morality, but also the very defining principles of the Iranian social order.

The Islamic Republic of Iran appears to be an inexhaustible social laboratory that never ceases to surprise external observers. As prominent scholar of Iran Professor Axworthy once said, if a Martian came to earth and wanted an overview of the entire human experience, Iran would provide a very good introductory course. Iran has controversially proven to be the most pro-western state of the Middle East, hardly what the founding fathers of the Islamic Republic envisaged in their revolutionary anti-imperialist propaganda. Striking social statistics show that the Islamic Republic of Iran has got one of the world’s highest levels of alcohol consumption, as well as a surprisingly liberal perception of relationships and sex that could seriously undermine the claims of morality and rectitude inherent in the religious propaganda of the regime. The spectacular failure of the state on numerous social grounds is controversial, to say the least, in an allegedly divinely endorsed system whose constitutional role is claimed to be that of “extending the rule of God on earth”.

Most interestingly, this monopoly of the administration of morality seems to have broken down most completely on religious grounds. In recent years a considerable number of Iranians have been rallying to embrace other alternative religions and sects that have found extremely fertile ground in which to grow, in spite of the extreme restrictions on the practice of any cults other than the officially endorsed version of Shi’a ideology.

Two aspects of this trend to embrace other faiths, in particular Christianity, are interesting to highlight. Firstly, this could be interpreted as Iranians being astonishingly susceptible and sympathetic to any cultural products of the west, whether these are to do with fashion, music, or other social phenomena. Secondly, the ‘social glue’ that these religious congregations provide must strike a chord in a country where most manifestations of group association are outlawed.

Most interestingly, certain strands of Protestantism, in particular that of the Evangelical Church, can be identified in numerous social trends which are at odds with the state’s prevailing prescriptions for leading a pious life. These range from live music entertainments, strictly forbidden by the Islamic state, to other more private individual liberties regarding personal relations, alcohol consumption and freedom in private spaces. If one adds to this the relatively light and flexible requirements that practicing these new creeds entails, it is not difficult to imagine the social appeal underpinning the success of this branch of Christianity in Iran.

Another reason for the curious appeal of this ideology in Iran appears to be its endorsement of worldly pursuits, in particular, the legitimacy of pursing wealth and the perception of material success as a ‘blessing from God’. It is not difficult to see a clear resonance of The Protestant Ethic and the Spirit of Capitalism with the striking direction that Iranian society has taken, due to the significant level of social stratification and the deficiency in providing an acceptable level of distributive fairness. This is arguably the unsurprising result of the rampant corruption and materialism that the Islamic Republic has paradoxically engendered. Widespread financial and economic clientelism and numerous episodes of financial favouritism and their ensuing scandals are all instances of this epistemological centrality of a prevailing quest for material wellbeing.

There are other elements that appeal in modern day Iran. Among these, one important element is the denial of the religious hierarchy for instance, and the refutation of the need for a superior interpretative knowledge of religious dogma by qualified ecclesiastic models for emulation.

Thus it should come as no surprise that the leaders of the Islamic Republic see this social trend as an existential threat. It could potentially undermine the innermost ideological foundation of a theocratic system that advances claims of authenticity fundamental to its official version of truth and path to salvation.