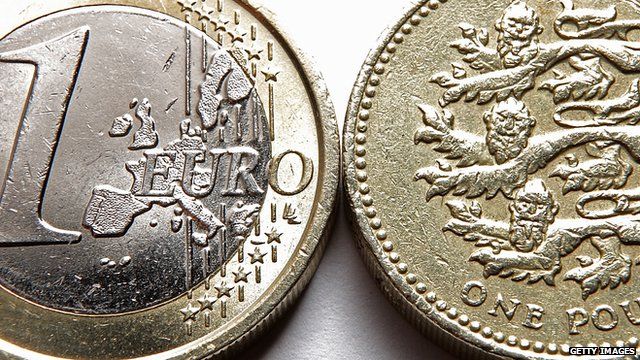 The coming months could actually leave an indelible mark not only on the very economic subsistence of many western states but also at a deeper level on an ancient philosophical debate between republicanism and liberalism.

As the euro celebrated its tenth anniversary on January the first, the world appears to be entering into a new era of socio-political arrangements affecting socio-economic and political provisions across the globe. A gloomy forecast has been predicted in nearly all cross-border new-year messages in continental Europe, while the UK seems to be conveying a more upbeat message based on its hopes for the preservation of the mechanisms of the status quo.

Nevertheless, the last few years have been marked by socio-economic trends suggesting the beginning of the end for many fundamental notions that make up our post-modern social relations. Core liberal concepts of private space and the privileged position it reserves for financial and monetary services appear to be losing their credibility in the current socio-economic turmoil affecting all western nations. Even in birthplaces of liberalism like the UK most social institutions seem to be starting to question the validity of John Locke’s recipes for the protection of private business interests. Capitalist means and relations of wealth production have brought numerous benefits to the developed world unparalleled by any other socio-political orders that have ever existed in human societies. Nevertheless the ever-spreading penetration of its numerous fruits, in particular mass communication, have also resulted in a deeper level of social transparency, bringing several layers of socio-economic injustice to the notice of the public. Accessing the balance sheets of various actors of the financial markets or checking the benefits they are ripping out of the system, even at a time of gathering crisis, is now readily achieved by a simple piece of research accessible even to non-experts in the information systems.

All these trends seem to be pointing towards some perturbing questions: has liberalism, if not the entire edifice of capitalism as Marx predicted, come to the end of its road? Can we still buy into the financial red-lines and the laissez-faire rights granted to the free markets, and be sure they do their best in our collective interests?

A quick look at recent articles released by British and US news agencies soon reveals a subtle campaign that the promoters of liberalism have launched against the gathering number of alternative solutions that lie within the reach of the capitalist block. On one side of the channel we see more calls for regulation and centralisation to curb and side-line the power of financial institutions. And on the other side the solution seems to be located in an ever greater push towards decentralisation, deregulation and the preservation of the autonomy and independence of the financial markets. This comes as no surprise to specialists in the history of political thought, as they could swiftly recognise the lineaments of an ancient divide: on the one side rooted in the ancient republican ideas of Cicero, Machiavelli, Rousseau and Montesquieu and on the other, the prevalence of Locke, Smith and even Constant`s theories. It is not difficult to detect in the majority of the business articles published in the UK a privileged place reserved for criticism of continental Europe`s financial projects, in particular the solutions offered up by the Franco-German axis. At times it looks as if it has become an article of faith to constantly accuse Sarkozy and Merkel of trying to take the situation in hand in an authoritarian manner only reminiscent of the ancient Roman functions of Caesar in any time of crisis. The self-elected “new Napoleon” and the so-called “Mother of the nation”, seem at least partially to qualify for this Roman republican vocabulary which sounds so anachronistic and authoritarian to Anglo-Saxon ears. In continental Europe, the UK`s decision to opt out of the proposal for tighter fiscal union and austerity measures accompanied by raising taxes on financial transactions and more regulation of the money markets has caused deep discontent and a heated war of words.

If we venture outside Europe, other new contributors and major players on the economic scene, namely China, Brazil and Russia seem to be too distracted by their own complications in the processes of industrialization and secondary economy issues to be able fully to appreciate all aspects of the crisis in the services sector. In any case they would probably prove incapable of providing any viable and durable framework for this on-going socio-economic crisis, due mainly to their under-developed political spaces and immature scope for guaranteeing civic participation.

Surprisingly, even the underlying message endorsed by the new social forces and in particular the “occupy movement” with all their loosely defined concepts of “positive money” or “new finance” – seems to be pointing towards curbing the power of the omnipotent financial institutions, requiring far greater regulation and punishment of the evil-doers capable of cheating a system which has hitherto granted them a near total free reign in the financial world.

Yet to experts in political science, the most disturbing symptoms of this financial mayhem, could be claimed to be the bewildering conclusion that political philosophy seems to have gone round in a circle for more than 2000 years, unable to provide any convincing definition of human social relations. The basic questions about the raison d’être of socio-political orders still seem as pressing as they were more than two thousand years ago!

Hence the coming months could actually leave an indelible mark not only on the very economic subsistence of many western states but also at a deeper level on an ancient philosophical debate between two schools of thought in the field of political sciences. The total submission to the logic of the market-place coupled with faith in the benevolence of financial institutions enshrined in various articles of liberalism could be seriously challenged by all parties involved, including a self-aware citizenry who claim back their economic well-being, guaranteed by universal declarations of human rights. Thanks to the current financial crisis, a very exciting era seems to be dawning, resulting in a greater appreciation of other republican pillars of western political thought, namely the importance of constant checks and balances with the ultimate authority being a well-informed and politically aware res-publica and its inclusive state apparatus. A socio-political order which not only guarantees a “freedom from” through the protection of private property, but also a “freedom to” which underlies the republican core concept of non-domination fundamental to the creation of a more just process of distribution of resources.

So happy birthday to the euro: at the end of the day, your ten years’ existence could at least be partially credited with a significant move towards serious reconsideration of the viability of our economic and in particular financial arrangements. This might indeed be your greatest achievement for the capitalist world!